Author John Thomas
This week I was at the German Doner Kebab outlet in Dubai Marina with a few fellow food bloggers from Dubai. I had the opportunity to finally taste the delicacy considered the big daddy of the Arab shawarma, the Greek gyros, and the Mexican al pastor. Yes - the famous Doner Kebab!
A bit of Doner Kebab History
Originally a Turkish import into Germany, the Doner Kebab - named after the Turkish word "dondurmek" meaning rotating roast, has grown to capture a special place in the heart of the Germans. Considered as the number one street food in Germany, there are over 40,000 Kebab shops across the country and the 82 million strong German population are believed to consume more than 2 million kebabs a day. (As per ATDiD - the Association of Turkish Döner Producers in Europe). They say, it is almost impossible to visit Germany and not eat a Doner Kebab as today it stands as one of the prominent symbols of the cultural and economic influence of the Turkish immigration on the German society.


In 2014, Doner Kebab won the MENAFA Excellence Award for The Best UAE Franchise Brand.  GDK currently has 13 outlets in Dubai and planning more outlets in the coming years.

What sets the brand apart
Started with the vision to create classic, authentic and healthy kebabs, combining high quality produce with excellent customer service, the brand spent the first decade of its operation in perfecting policies, procedures and processes. Today it is a well-established and recognized brand with stores across the world known-widely for its healthy & nutritionally balanced take on traditional kebabs.

A GDK kebab is known to have less than half the calories of a regular kebab, and that's because they use only 100% lean, succulent, halal meat in their cooking. All the ingredients are of the highest quality and exclusive to the GDK restaurants. With an expertise that has been perfected over the years, GDK is able to offer its customers a nutritionally sound gourmet food experience that contains virtually no preservatives or additives. Their tried and tested methods are what sets them apart from other competitors in the business. Glancing through the small menu, the Doner Kebab Sandwich with veal filling looked the most appealing and one that was also highly recommended by Fareed.

GDK’s classic Doner Kebab Sandwich comes with prime cuts of chicken or veal, a choice of fresh salad, and GDK signature sauces - all wrapped up inside fresh handmade bread.  You have the option to choose between Chicken, Veal, Veg or Mix. Other Dubai-inspired menu options include Durum Doner wraps, Burgers, and Lahmacun - a traditional Turkish pizza topped with minced meat.
I ordered Doner Kebab Sandwich with veal, sided with potato fries and onion rings. I followed that up with the tempting Dorum Doner Wrap and washed it all down with fresh cloudy apple juice.

The Doner Kebab Sandwich (with Veal) 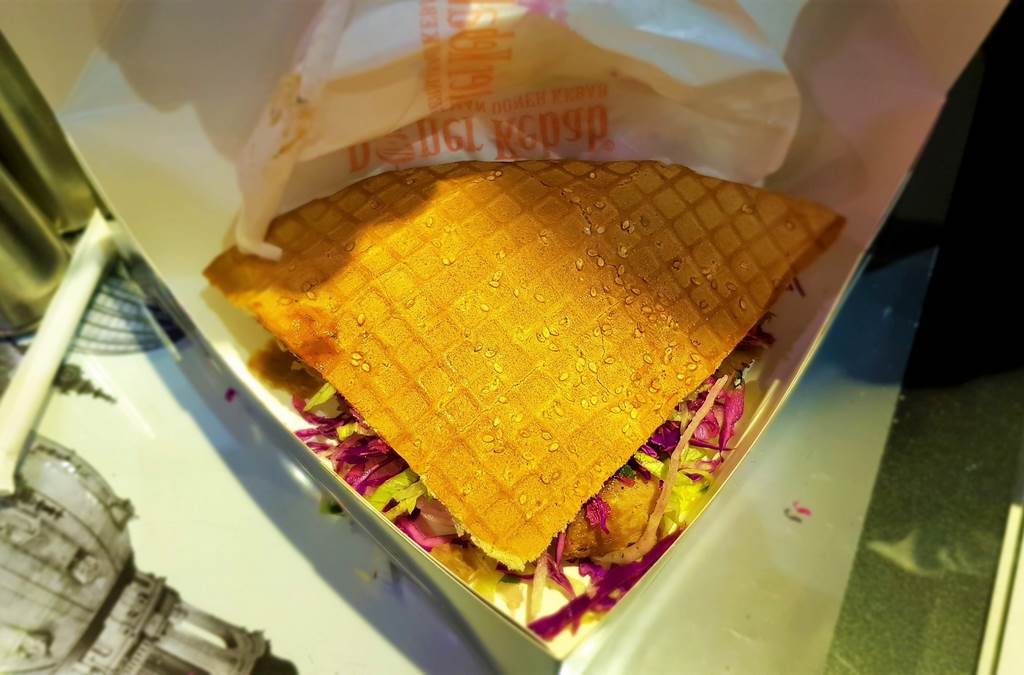 The Doner Kebab Sandwich came in their fresh homemade triangular bread, which is savoury, crisp, slightly waffled – and extremely delicious! The bread was thin enough to prevent being too filling, but thick enough to hold the Doner and the tomato, lettuce, onion and red cabbage fillings in place. The amount of meat crammed into the sandwich was impressive. The meat was 100% halal and much thinner than the usual chunky strips shaved off at a local Shewarma stall. Overall the Doner was succulent, fresh and perfectly seasoned with creamy sauce with provided the overall depth to the well-rotisseried Veal. The fries were crunchy and crispy, cooked and served on time. I found their onion rings to be much flavourful than KFC’s. 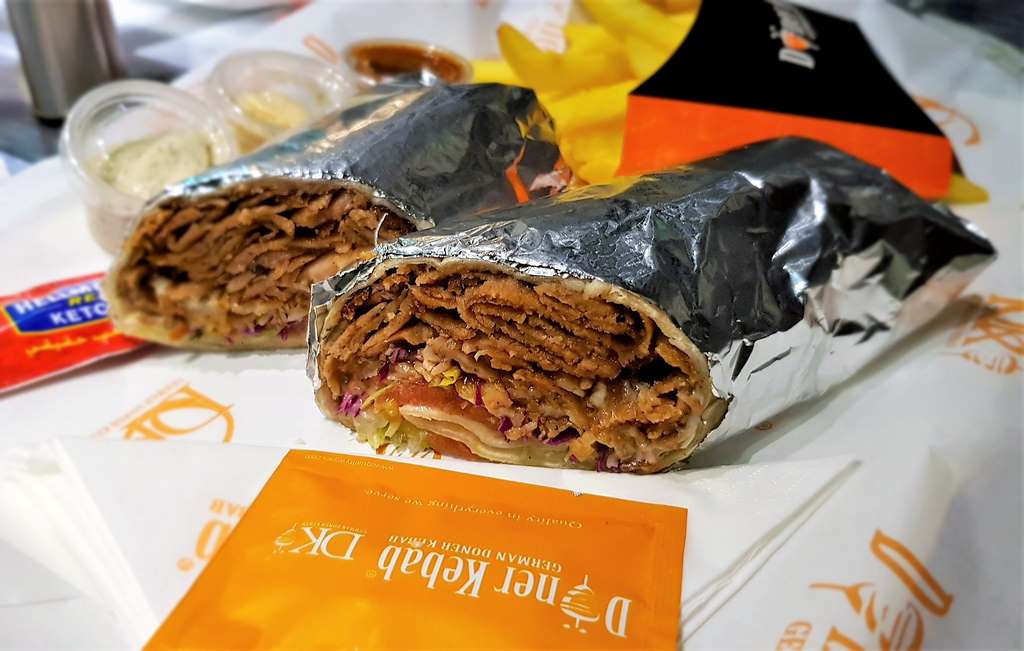 For those that like their food on the go, the Dorum Doner wrap is a good option. The wraps were neatly and tightly packed with the minced meat, fresh lettuce, tomato, onion, red cabbage, and their signature sauces. This was fairly easier to eat than the Doner Kebab Sandwich, in which the fillings were all falling off even before it reached the palates. This is typically my kind of wrap -  neat, easy
to consume on the go, filled with all the essential ingredients and juicy to the right sweet spot. 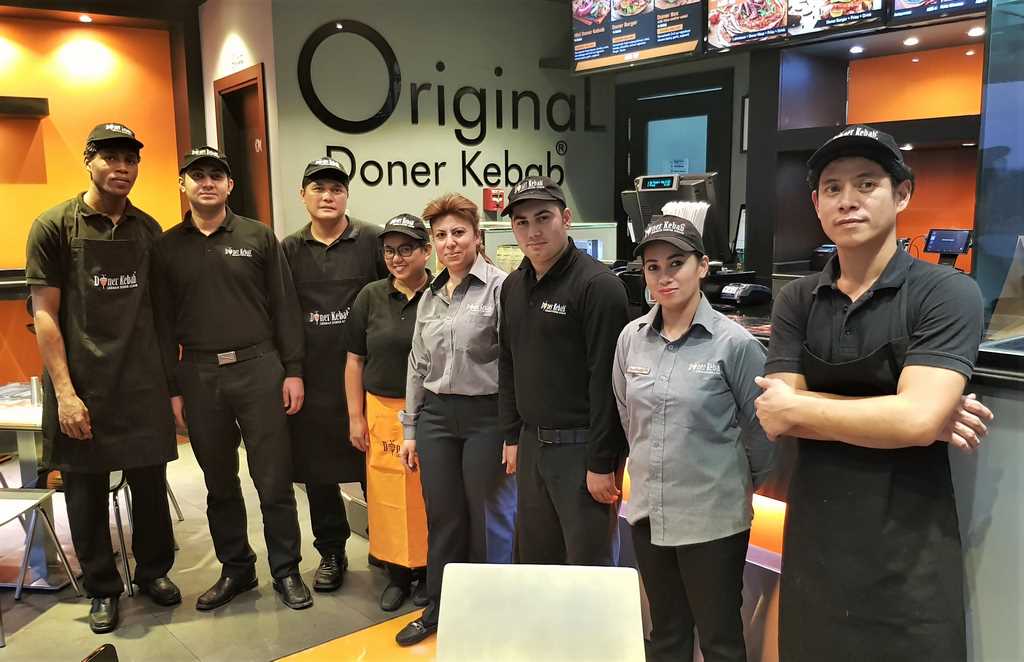 As I first stepped foot in the restaurant, the staff greeted me warmly and I found this treatment consistent throughout my visit. I guess this is one of the major factors that separates them from the average fast food brand. Service is generally one thing that is severely lacking in the Dubai fast food scene, so a brand like GDK that blurs the lines between fast food and relaxed restaurant is a breath of fresh air and a surefire hit. 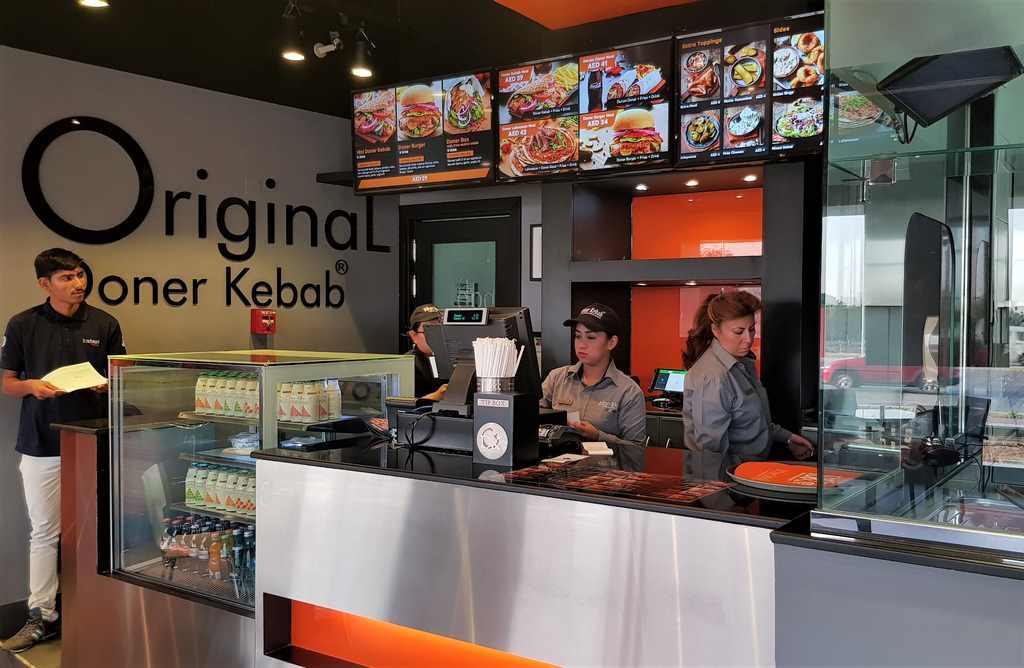 The interiors were painted in striking orange and black – the brand's official colors. This was consistent across the décor, menu cards, wet wipes, food packets and wraps. Electronic boards displayed the limited but interesting menu options. The rotisserie was positioned towards the right corner of the outlet, from where we watched the skilled culinary staff slicing and dicing the cone shaped meat, spinning on the rods. The salad bar is just in front of the rotisserie and transparent so you’ll clearly see the salads and their shelf life marking. There is seating both indoor and outdoor and the option to takeaway, or order via Deliveroo, Talabat, Zomato and Uber Eats.

German Doner Kebab is the perfect place to go to for an indulgent but guiltless snacking The food is consistent, fast and fresh. Value-for-money meal combos and low-carb Doner boxes are the top selling points. The customer service is also quite good compared to other fast food outlets. The decor is refreshing with a standard and vibrant orange and black theme throughout. Overall I would give this place a 4 on 5 rating for food quality, value, service and ambiance.

This review was sponsored by German Doner Kebab. Though the meal was complimentary,  all photos, views and opinions are my own, as always. The restaurant had no influence on the content of this article, there is no form of cooperation between us, I was not obliged to publish anything, and I have not received any monetary payment in lieu of this review. All images used are courtesy of Blogliterati.com, unless stated otherwise. The images may not be reproduced without explicit permission/consent from the site owner. 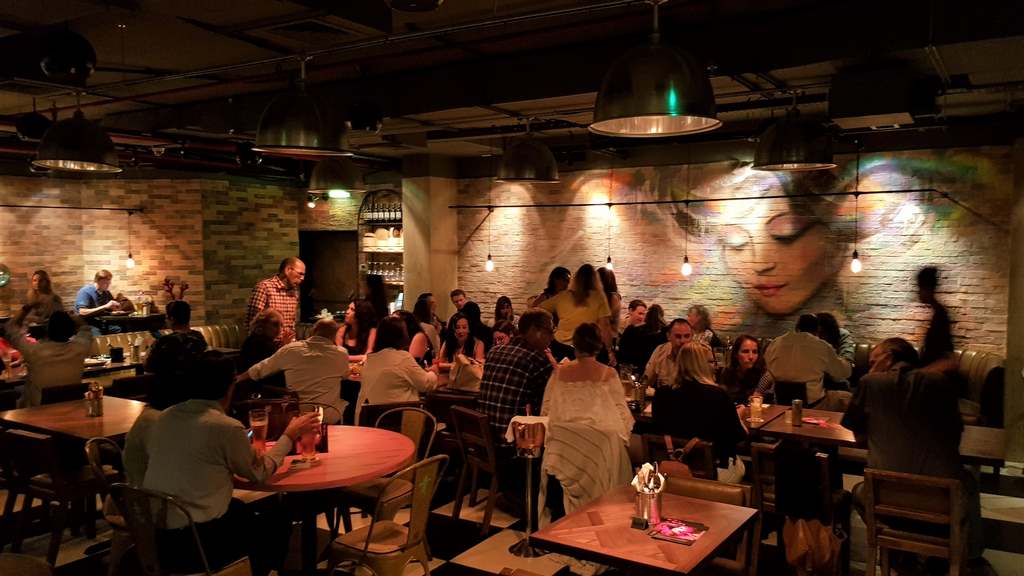 Dubai is known to have many hidden hotspots and Miss Wang is one of them.


A few blocks away from the computer complexes – Al Khaleej and Al Ain Centre, tucked away on the Al Fahidi Street is the 4 Star Majestic Hotel Tower. Located just a stone throws distance away from the Al Fahidi Metro station on the confluence of the old and new Dubai, Majestic hotel is a favorite not just among business travelers, but with the locals who reside in the vicinity, as well.
The Ambiance Housed on the 1st level of this award-winning hotel, Miss Wang is a Restobar and hangout tavern like no other. From the very name – its easy to sense the verve, youthfulness as well as the 'orientality' of the place. This becomes even more evident as one walks in to the facility. Industrial style Filament bulb lighting and Brick-finished walls give the interior a character, warmth and texture while exuding a very Asian downtown hipster vibe.  This vibe can be further seen in the menu which has taken influences …
Read more 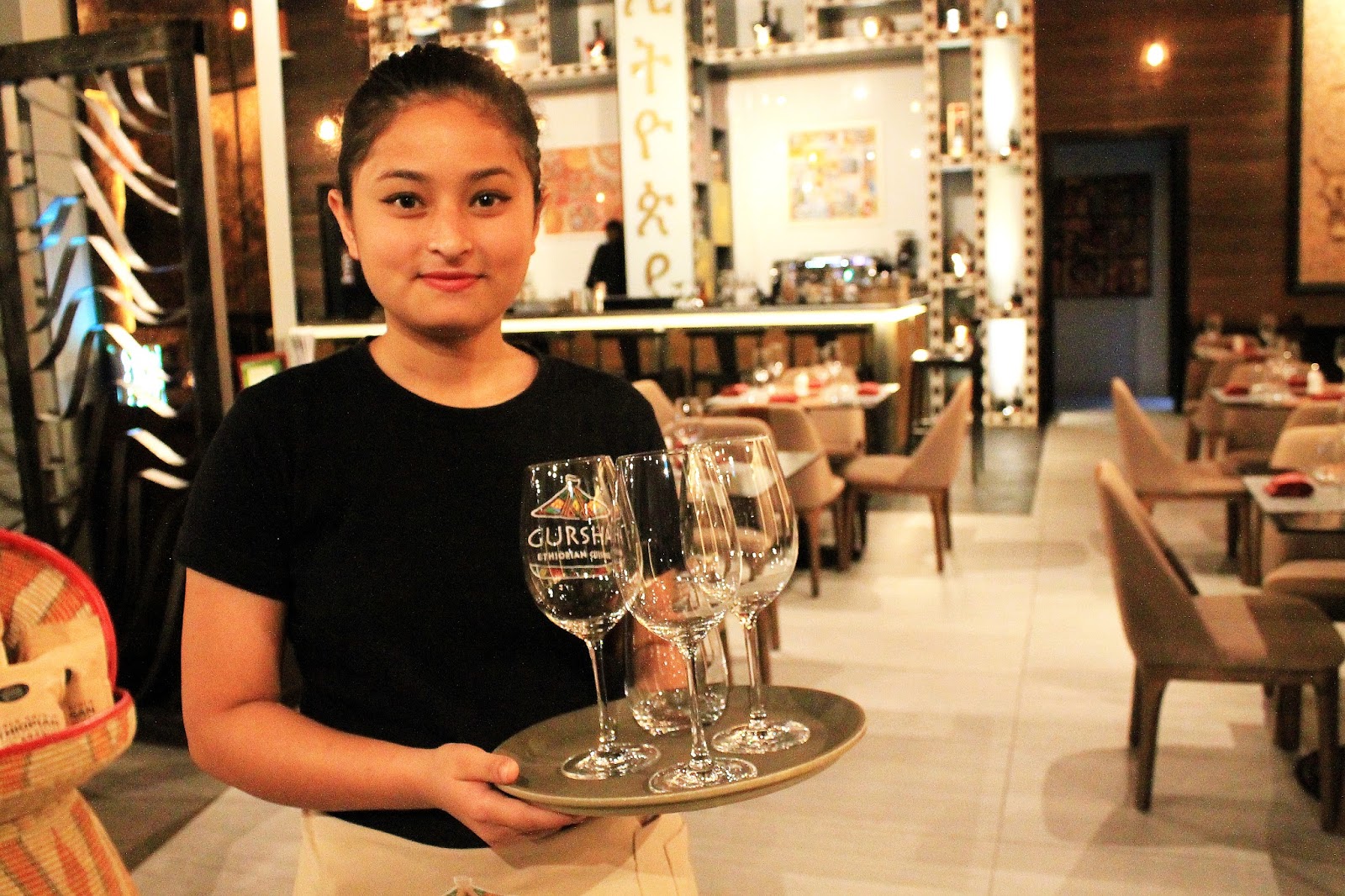 Ethiopian cuisine has been gaining a whole new level of popularity globally off late and this is with good reason. The usage of highly nutritious native vegetables, spices and meat make Ethiopian cuisine one of the most unique and delicious cuisines in the world.  What's more, the Ethiopian national staple food - the Injera, is made of highly nutritious and gluten-free teff grain. This grain indigenous to the Ethiopian region, is known to contain a very high proportion of fiber — more than any other grain on Earth. It is also a complete source of protein, iron and calcium. These healthy properties coupled with the variety in culinary choices make Ethiopian food one of world's more favored food choices.

Sadly, if there’s one cuisine in Dubai that most people haven’t tried, it’s probably Ethiopian. With only a handful restaurants serving traditional Ethiopian food, the…
Read more

When I got invited from Zou Zou – the Turkish Lebanese restaurant at La Mer, I was all in for it, to try and compare. I visited Zou Zou last week with a very dear friend who is also a big foodie like me and a lover of all things Turkish.

So needless to say, we went there with lots of expectations and a hungry tummy of course. I must mention that Zou Zou didn’t disappoint.

First off I have to remark about the service. It was pleasant, warm and quick. I was met by Latif Kural the friendly operations manager who has played a role in the setting up several reputed Turkish restaurants in the Dubai.  He is a fine guy with a very pleasant disposition who ensured we felt 'at home'. Latif assigned a waiter de table for us and made sure to drop in every now and then to check on us and see if we were enjoying our food …
Read more

Dubai’s most favorite pizzeria Jazz @ Pizza express has relaunched with a stunning new interior design and jazzy personality. In conjunction with this relaunch, a grand party was thrown last night to dignitaries from media and other special guests.

Jazz@Pizza Express has been a sought-after destination for its delicious fare, live music, decadent cocktails & bubblies and awe-inspiring service. With the new facelift, this JLT restaurant is touted to be the hottest pizzerias in Dubai for dining and wining. 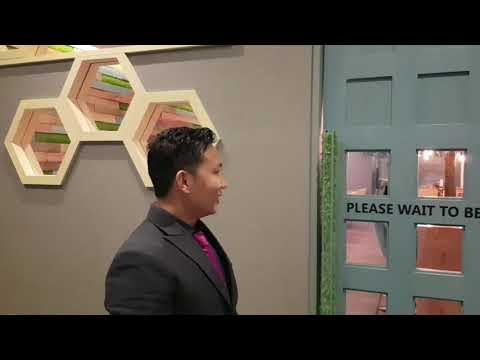 The concept of using avant-garde culinary techniques to transform ordinary cuisine into extraordinary flavors and presentations is not new. However, what you'll experience at Quattro is completely different. A relative new comer in the molecular gastronomy scene in Dubai, this Mexico-Italian Ristorante is setting new standards with its refreshing take on this modern art of cooking.

Molecular gastronomy is part science and part art and Quattro seems to have mastered this, only too well.  Within a space that’s both elegant and earthy, adorned with a giant tree in the center and lots of potted plants in the corners, colourful décor of yellow and blue adding that speckle of tonality to the simple wooden tables and whitewashed walls - a marriage of molecular creativity and gastronomy transpires.


Quattro manages to create a perfect amalgamation of two world famous cuisines and molecular creativity culminating in gastronomical experience of sorts. Considering it is a 100 percent pure v…
Read more